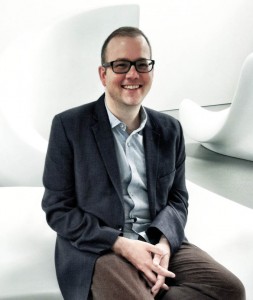 I specialize in English Renaissance literature and Shakespeare. I also have research interests in ecotheory, plant studies, queer studies, and disability studies.

My first book, Wooden Os: Shakespeare’s Theatres and England’s Trees (University of Toronto Press, 2013), brings into view the forest and the trees of Renaissance drama: it explores the surprising connections among Shakespeare’s theatre, drama set “in the woods,” and an environmental crisis that propagandists claimed would lead to an eco-political collapse – an unprecedented scarcity of wood and timber. I propose that, in performance, the material woodenness of theatre could have activated such environmental anxiety and temporarily mitigated it. The Society for Theatre Research short-listed it for the 2013 Theatre Book Prize. 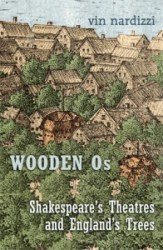 His current research project, Marvellous Vegetables in the Renaissance, explores relationships among poetry, visual art, and botanical natural history in sixteenth- and seventeenth-century England. Its governing archive is John Gerard’s monumental Herball, or General Historie of Plantes (1597), which has a complex textual history and continental pedigree and is routinely designated as “Shakespeare’s herbal.” In particular, this project focuses on four case studies drawn from The Herball – leeks, laurels, tulips, and potatoes. Each case study spans two chapters, with the first chapter exploring the placement of the plant specimen in The Herball’s organizational architecture: the common leek anchors comparisons that conceptualize morphological resemblance; the exalted laurel opens onto The Herball’s ambivalent use of poetry as natural historical evidence; the unpredictable colors of the tulip strain the patience and limits of natural historical description; and the novel – to European eyes – potato is Gerard’s signature plant. The second chapter on each case study tracks the surprising trajectories of these plants in the period’s artistic imagination: leeks in Arcimboldo and Shakespeare; laurels in Spenser, Harvey, Evelyn, and Bernini; tulips in Marvell, Pulter, Hilliard, and Le Moyne; and potatoes in Shakespeare and the Drake Manuscript. Together, these case studies encompass exotic and native plants, span high and low social registers, and describe the movement of plants across oceans, cultures, and languages. They prompt analyses that are cross-disciplinary, multilingual, and transatlantic in nature. And they spotlight the hitherto unexamined – but central – place of these four plants in the field of English Renaissance studies.

With Stephen Guy-Bray and Will Stockton, I have edited Queer Renaissance Historiography: Backward Gaze (Ashgate, 2009), and, with Jean E. Feerick, I have co-edited The Indistinct Human in Renaissance Literature (Palgrave Macmillan, 2012). More recently, with Tiffany Jo Werth, I have co-edited a volume of essays, Premodern Ecologies in the Modern Literary Imagination (University of Toronto Press, 2019), and with Robert W. Barrett Jr. a special issue of postmedieval called “Premodern Plants.” For 2019-20, I served as the Outgoing Director of “Oecologies: Inhabiting Premodern Worlds.”

I won a Killam Teaching Prize in 2011 and received a Dean of Arts Faculty Research Award in 2018. I was in residence at the Peter Wall Institute for Advanced Studies in 2014-15. I have received research funds from the Folger Shakespeare Library, the Henry E. Huntington Library, the Shakespeare Association of America, and the Social Sciences and Humanities Research Council of Canada (Insight Development, Connection, and Insight Grants). I have served as chair of the MLA Forum Executive Committee for Ecocriticism and Environmental Humanities; as a Member of the MLA Delegate Assembly representing the Western US and Western Canada; and as a Trustee of the Shakespeare Association of America. I am on the Advisory Board for Penn State University Press’s series “Cultural Inquiries in English Literature, 1400-1700” and on the Editorial Board of Shakespeare Quarterly. If you are interested in publishing in either venue, please do not hesitate to contact me.